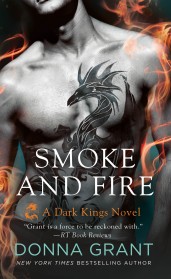 She wanted to touch him. There had always been something about being in his arms that made her feel as if she could tackle anything and the world wouldn’t dare get in her way…

SWORN TO PROTECT
A dragon shapeshifter and a computer mastermind, Ryder is sent to guard Glasgow after a devastating Dark attack. But when memories of an explosive affair come back to him-in the flesh-Ryder cannot help but want to protect the woman who haunts his dreams. Even if means shifting into the dragon he was never supposed to reveal…

DRIVEN TO DESIRE
Kinsey could never get enough of Ryder. His every touch only left her wanting more. But now that she’s seen him in his true form, Kinsey’s world is rocked to the core. She knows that to stay-and feel-alive, she must be with Ryder. But is Kinsey’s passion worth the risk of danger that comes with being a part of Ryder’s dark and fierce world?

Ryder and Kinsey! They couldn’t be more perfect for each other! Both are computer geniuses. Their chemistry is off the charts. Angst and unrequited love galore! Secrets, lies, and more mysteries. I think at one point I wanted to smack my jelly donut eating Ryder! Lol! I felt a roller coaster of emotions with this one. I wanted too just scream at them both and say quit being so stubborn and admit that you love each other! I have so many theories running through my head and even still have no idea what the future is going to hold with the Dragon Kings.
Kinsey fell madly in love years ago but Ryder shattered her heart and left her without a word. Then one night in Edinburgh years later all hell breaks loose and the streets are littered with death. Kinsey comes face to face with the man she thought she knew and is terrified yet feels betrayed. Nothing in the world is as it seems. So she did what any sane women would do. She ran from him. Even after all those years apart as soon as she sees him, all the sparks and emotions she has denied and pushed deep for so long come rushing back full force. Her hurt from his rejection and fear of the unknown have left thick bitter walls around her heart. Ryder will have to work hard to earn her trust and start trying to fix the hurt he caused her. While being at Dreagan, Kinsey realizes that it could have been possible for them to have the future that they had always talked about together, and it was his choice not to tell her the truth about himself. He could have come back for her, but he didn’t.

Years ago before any of the Dragon Kings had even known it was possible to find their mate, Ryder met his Kinsey. He longed to have a future with her but as enemies tried to expose them as dragons, he left behind the only women that he had ever loved and it tore him to pieces. He left her to keep her safe, but little did he know it didn’t matter his enemies where closer than he realized. When he is given hope of having a second chance with her his greatest fear of all happens … she runs from him.

The Dragon Kings are in the middle of a war with the Fae and trust doesn’t come easy. Humans are already watching their every move at Dreagan and Kinsey’s arrival is very suspicious. Another betrayal could very well be the end to the Kings. Far more is going on than any of them realize. Rhi is finally finding her some much deserved happiness but it may just bring her more trouble and more pain in the end. Their enemies are close and seem to always be one step ahead. Ryder will have to let go of his fear and learn to trust Kinsey, even though the evidence looks damning. Torn from his loyalty to his fellow Kings and the love he once let go, he may realize too late her innocence and lose his chance at love with her forever.

Despite deadlines and voracious reading, Donna still manages to keep up with her two children, four cats, and one long haired Chihuahua.

You can find Donna at 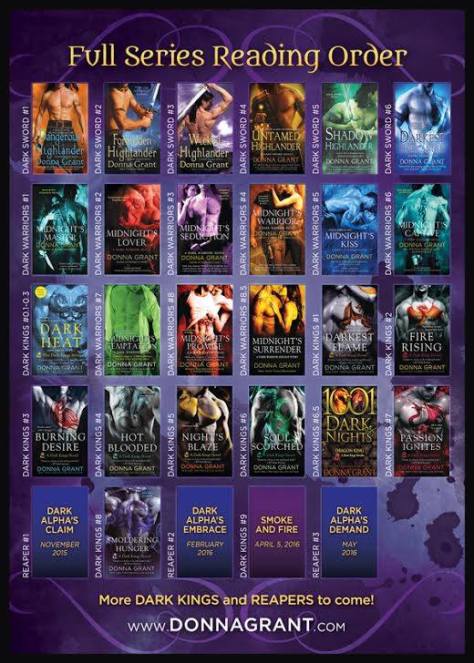