Their legends have haunted the history books for hundreds of years, dating back to when the White Rose ruled majestically over England. On Nov 23rd 1499 a country, divided in secret, watched as King Henry sat from atop his red velvet throne. They watched with baited breath as the pretender, Perkin Warbeck, nodded his regal head and smiled towards his beautiful Irish wife. No cheers rang out it was said when the scaffolding was kicked out from under his feet. Not a word was muttered when the body of who most of the world believe to be Richard, the only living son of Edward of York was cut down. The last of the passionate, mysterious and chivalrous Plantagenet’s bloodline fell to the ground with a thousand dropped white roses from loyalist hands on that cold winter’s day. It was then said, the carriage carrying the young widow on her way home was called to a stop by a stream. The beautiful raven-haired woman exited the rig, bowed her head and dropped a single white rose into the babbling brook. As the delicate petals drifted down and into their watery grave she recited a poem, her palm laid to rest on her abdomen.

Ireland 1840
Perkin Kingston has lived his life making the right decisions. He was the eldest to the Kingston line and has always taken the role seriously. He had coupled his skills and natural talents into the perfect example of what an advisor to the royal crown should be. He held lands, tiles and more money than he could ever have need of. Most importantly, Perkin had the love of his cherished family. But…Every star does eventually fall.

Shay Gallagher is used to being disappointed but when the new Laird on the hill shows up and robs her of her already dwindling household staff she has had enough. She was prepared to call the new Laird out. She was ready to slander his name and was more than willing to hate him. However, she was not prepared to find him unreasonably attractive, dangerously intelligent and slightly broken. Shay was definitely not expecting to want to know more. How could something so beautiful have so many scars…

Secret upon secrets threaten Perkin and his family at every turn. Will he avenge his father? Will he restore his name after more of his past mistakes crawl out to challenge him? Will he end up like his namesake did 400 years ago? Or will the rightful heir finally take the throne…

Shay stormed past the impertinent butler, words flying from her mouth before even glimpsing who she might be addressing, “I don’t know who you think you are…” She paused when her eyes landed on the absurdly attractive man who had killed her stepfather. His blue eyes sparkled as a grin threatened to give way on his perfect mouth. He was negligently leaning back in an impressive leather chair that was beautifully carved with a wooden mahogany border. The rich chiseled casing ran the edge of the leather and met at the top with two exquisitely poised and facing dragons. Shay’s gaze darted down from the ornate design of the chair’s crown to its master. The man fit perfectly in it. He looked like a king, carefree and confident atop his throne.

The movement of his legs, kicked out straight drew her eyes down further as he uncrossed and re-crossed his pristinely polished boots. The annoyed gesture, however slight it was, reminded her of her purpose and prompted Shay to speak, “Which one of you stole my staff?”

The handsome blond on the throne lifted a glass that his fingers had been dangling over the arm of the high backed chair, bringing it to his lips. The older man to his right laughed and slapped his leg, clearly amused with the scene unfolding. 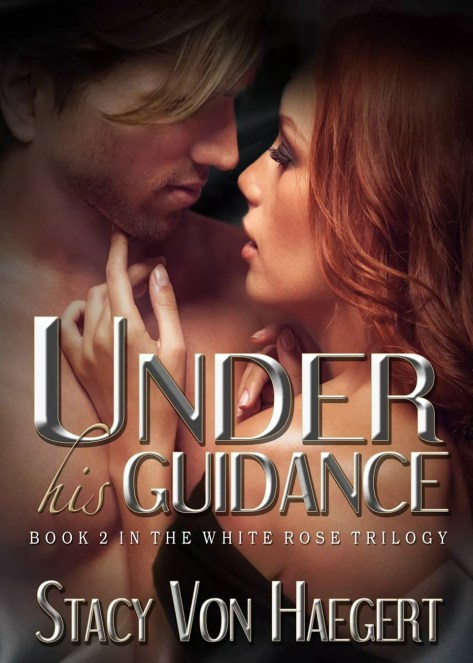 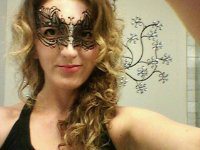 Author Stacy Von Haegert is a professional ballroom dancer and instructor of 17 years. She also holds two degrees from Nashville, Tennessee’s Watkins College of Art, Design & Film–one for directing and one for cinematography. Stacy grew up riding her mother’s prize-winning Arabian horses and following her musician father through the doors of every music studio in Music City. She now lives in historic Franklin with her husband, young son, two unruly cats and a 100-pound collie (by far, the best behaved of the house).