SPOILER ALERT – To avoid spoilers, it is advised to read the first novel, Marquel, before reading Marquel’s Dilemma.

The dramatic conclusion of Emily Skinner’s first novel Marquel brought requests from readers to continue the story.
Marquel’s Dilemma begins three years after the actress Marquel’s tragic past has been exposed by tabloid journalist, Mark Collins. The media exploitation of her life brought a new responsibility. She would become a voice of hope for others, not as the actress Marquel, but under her married name.

Zach Manning, Marquel’s psychiatrist, lover — and now husband — made a huge mistake in protecting her. Unbeknownst to his wife, Zach asked for a favor, not weighing the consequences. Now Collins is back for revenge. The first time it was his job… now it’s personal! 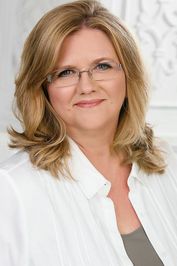 Emily had a goal when she was 15, she would have a daughter named Marquel and write a novel titled “Marquel.” She accomplished both and more.
A member of The International Thriller Writers, Emily was a protege of the late master of the pulps or paperback originals, Harry Whittington. Emily interviewed Whittington during her days as a feature writer for the Clearwater Sun daily newspaper and its weekly division. They became friends and he taught her how to plot and gave her approval of the original outline and sample chapter for “Marquel” shortly before he died in 1989.
After Whittington passed away, Emily challenged herself to write as her mentor did and wrote a chapter a day and finished the novel “Marquel” in 52 days. For more details on the novel’s history read:http://www.thefilmmom.blogspot.com/20…
Fast forward, a second daughter, Blair is born and Emily and husband Tom focus on raising their family. Both daughters are now grown and work in Hollywood. So this might be an example of art imitating life or the reverse?
A devoted Catholic, Emily is rekindling her love for writing and has just completed the movie script for “Marquel” and a young adult paranormal appropriately named after her youngest child, “St. Blair: Children of the Night.” She will begin the sequel to “Marquel” in the coming months, currently untitled.
When Emily isn’t working as a marketing consultant or writing, she enjoys antiquing/thrifting and producing short films. Emily is the proud Executive Producer of Blair Skinner’s film “Relative Eternity,” a 2012 LA Shorts Film Festival selection, Sunscreen Film Festival selection and Short Film Corner Festival de Cannes selection. Written, directed and edited by Blair Skinner, “Relative Eternity” is on snagfilms.com for your viewing pleasure. It is free to view.

******This book is intended for mature audiences, over 18 years of age

This book is a sequel, Book 2 in the Chianti Kisses series.

Everybody expects something of Dom, they have his entire life. His family expects HIM to lead, provide, and support them. His company and employees expect him to keep their business successful, intact. His wife, V, expects him to be the beST man he can be.

And then there are the expectations of his father and his “associates.”

Dom’s father, although long past, had left unfulfilled expectations of his own. Everything he built, bled for, killed for… died for, was left in Dom’s hands.

Dom tried to change things, set things straight, atone for the sins of his father and father-in-law. But, it hasn’t been easy. Many others benefitted from his business dealings, and aren’t willing to loose them so easily.

Emilio Rizzo has vowed to keep things the way they were. He’s waged a war to take full control from Dom, with no concern for the toll it will take on everyone involved. Innocents will be harmed, lives will will be taken, and hard-earned progress will be lost unless Dom steps in and fights the way he was born to.

Someone will be disappointed. Will it be his family, his employees, his father, or his beloved V, when he becomes…

If you’re looking forward to Boss, releasing on MARCH 31ST, make sure you pre-order a copy:Amazon US

OTHER BOOKS BY TARA OAKES

Tara is a thirty something newbie author from Long Island, New York. She’s a voracious reader, a passionate writer and obsessive junk T.V. aficionado. When she’s not doing one of those three things she is attempting to garden, hanging with her hubby or partaking in some retail therapy. She enjoys connecting with her readers and is having a blast entering into this new world of publishing.

Sinclair is a successful businessman, with offices all over the world and a

multi-billionaire with all the trappings. He is also a Wolf and he vows never

to return to Pack life, or his birthright as Alpha.

do not go smoothly, resulting in him leaving to help his Uncle in the USA with

several of his friends in tow.

What awaits is heartache, sorrow and the chance for a new life as Alpha of a

large Pack. A life with love in it. His first sight of the white She-Wolf

affecting him in ways he can’t even understand.

First, he and his Wolves have to take on a deadly threat, the deadliest of all;

Will he take his chance at love? Or do as he always does; walk away? 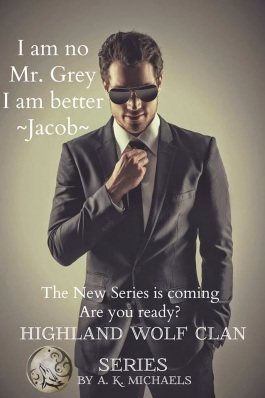 A K Michaels, Ava, was born in Scotland quite a number of years ago! She was

married at a young age and is mother to three much loved children. After the

year before gaining employment in the banking industry. She worked in that role

for a number of years before leaving, both the job and the country.

taking up her dream – writing.

including The Witch, The Wolf and the Vampire, Supernatural Enforcement Bureau

and also Sabrina’s Vampire, together with a Wolf Erotica Novella, Lori’s Wolf.

those particular kinds of stories where she can let her imagination run wild!