Do you remember this cover to Hell’s Phoenix (Road to Hell #2)? 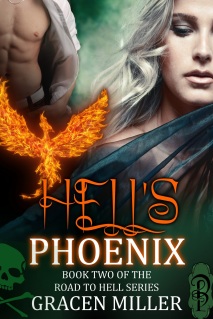 I’ve received the rights back to the book, and it’s been re-wrapped with a brand new cover. 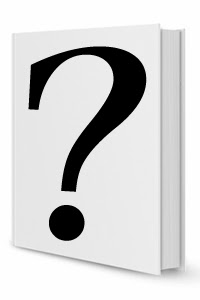 SCROLL DOWN for the reveal… 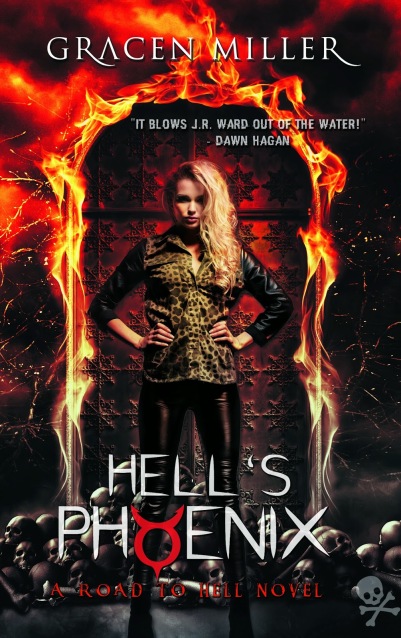 Hell’s become more than just a playground for the wicked…

Going to Hell was supposed to save Madison, but knowing she’s dead because of his failure leaves Nix with only one thing to live for. Revenge. With Micah’s help he learns to use his Messianic power. Anything for Mads has become his mantra, even if it means killing innocents to gather the power he needs to succeed. A tsunami he unleashes on a Gulf Coast city is stopped with magical interference, and Nix is more than surprised to feel Madison in the opposing magic. Can he and Micah set a trap to lure her out?

Pandora’s Box…once you open it, there’s no turning back!

Madison has done the unthinkable, opened Pandora’s Box to save Nix from Hell. And failed. She’s willing to risk her own life to rescue Nix, but she worries about the welfare of her accomplice in the mission and leaving her son behind. Following up on a lead, she’s ambushed by Nix and Micah. Shocked and hurt to discover Nix has become a willing participant of Hell, she’s more certain than ever she won’t escape the demonic fate her husband outlined for her. While in Hell, she discovers denying the emergence of her succubus is futile, which means getting Nix out of Hell after embracing her inner demon just became a very real dilemma…

“You’ll heal her promptly,” Micah growled, shifting back into his human persona, as he offered his legs as a pillow for her head. She’d have pushed him away if she could’ve managed to contort her body to that angle.

Madison gaped at the blood darkening her jeans and spreading down her thigh. “That hurts way worse than I thought being shot would.”

“I need to get your pants off, Mads, to heal you.” Nix’s fingers went to the snap of her jeans.

She knocked his hands away. “You’ll heal the others first.”

“He shot the main artery in your thigh, Madison. You’ll bleed out before he finishes with them.” Micah compressed his lips together and spoke as if he ground his teeth together. “I’ve lost you twice. I will not lose you again.”

“Death would at least grant me freedom from you!”

Micah’s mouth flattened in displeasure. “Phoenix, I would ask you to do as she requests.”

“Goddamnit, Mads, I swear I’ll heal them immediately after I take care of you.”

Madison clenched her teeth in silent mutiny. Nix cupped the back of her head, tugged slightly and kissed her hard on the lips. Excitement zinged through her system. Her attraction to him always presented itself at the most inappropriate moments.

“Flattery gets you nowhere, Nix.” She winced at the tug against her wounded flesh as he rested her against Micah’s thighs.

“What does?” Nix jerked the hem of one pant leg up and tugged the blade strapped to her ankle out of its harness.

He brandished the knife he’d given her for her thirtieth birthday and grinned. “Does healing them count?”

Nix rolled to his feet and leveled her with his stare. “You’re a hard woman to please.”

“Cease the flirtations with my wife.” Micah’s grip on her shoulders intensified. “Heal those bottom-feeders, and then heal her.” 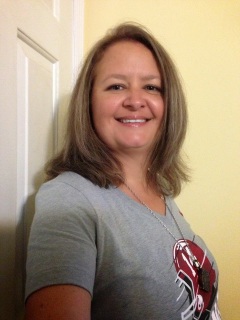 Gracen is a hopeless daydreamer masquerading as a “normal” person in southern society. When not writing, she’s a full-time basketball/lacrosse/guitar mom for her two sons and a devoted wife to her real-life hero-husband of over twenty years. She has an unusual relationship with her muse, Dom, but credits all her creative success to his brilliant mind. She’s addicted to writing, paranormal romance novels and movies, Alabama football, and coffee…addictions are not necessarily in order of priority. She’s convinced coffee is nectar from the gods and when blending coffee and writing together it generates the perfect creative merger. Many of her creative worlds are spawned from coffee highs and Dom’s aggressive demands. Gracen writes is multiple genres-paranormal romance, paranormal erotic romance, and contemporary romance. To learn more about Gracen or to leave her a comment, visit her website at http://www.gracen-miller.com.

You must read the first book in the series, Pandora’s Box, before reading Hell’s Phoenix, as the series builds upon itself. 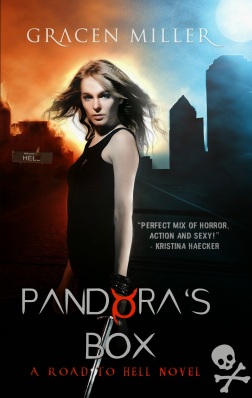