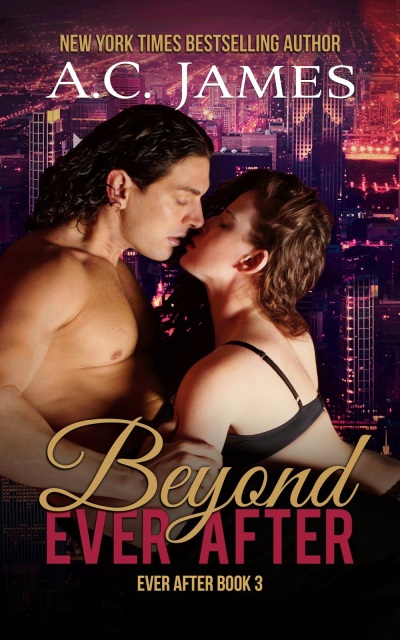 On the night, Daeveena, a half-fey, half-demon walked out of the Hellfire Club, she left a tide of destruction, but everyone figured that was the end  of it. No one imagined that she would steal something so valuable. Can Arie discover who is harboring her before he loses everything?
a force that can destroy Arie.
Rue and an unlikely ally must accompany Holly into the depths of demon society in order to save Arie. Along the way Holly uncovers more about Arie’s unscrupulous past and finds herself questioning her feelings for him… and falling for someone else. Can Holly excuse his past or is this the end of their eternity?
Excerpt:

I was lying on top of the bed, blindfolded—Arie was kissing me, possessive and demanding. I kissed him back but kept my hands behind my head. Arie wanted it that way, and I loved giving him the gift of my submission. Being blindfolded made me excruciatingly aware of all my senses and set every nerve ending on fire. Every touch, every taste was scintillating. His tongue tangled with mine as I moaned into his mouth. I wanted more. Greedy? Yes. Except he’d never kissed me like this. It almost felt like I was kissing a stranger. The thought brought me back to when he’d cuffed me to the pole and fucked me in front of everyone. I tried to capture his lower lip with the tip of my fang.  But Arie’s mouth dipped to my neck, his stubble scraping against my skin. Something about the abrasive texture always turned me on. My pussy clenched as his mouth moved to that hollow dip in my neck while his hand slid up my inner thigh. But he stopped when he reached my mound, and his hand moved to grip my hip instead. His fingers dug into its curve. I shifted, squirming, needing him to touch me.

–Please.- I begged telepathically. It was cheating, of course, but he always let me get away with it anyway. After saving Luna and losing Victoria, we both needed this. And I wanted to feel him inside of me. His mouth met mine again with a fierce tangle of tongues, teeth clashing. He bit my lower lip, gently tugging on it. Pulling off the maneuver that I’d failed to execute.  Whenever Arie bit my lower lip it drove me absolutely insane. He took my mouth just as his hands claimed my body. His breath was cool on my face before he pulled away. Arie’s hands were gripping my hips, pulling them toward his. My sex brushed the taut denim fabric, and I moaned. I needed him now. I couldn’t take it anymore; I had to have him inside of me right then and there. I bit my lower lip to hold back another moan. -If you don’t take me soon I swear I’m going to rip this blindfold off and make you fuck me.- He groaned. Then he kissed me again. His kiss left me breathless and reminded me of the intoxicating sensation that you feel the first time you kiss someone new. Then again, I loved kissing Arie. I’d never had anyone turn me on the way that he did. Hell, I’d never had anyone make me come before I’d met Arie. The Sight always got in the way. I ground my sex into the stiff fabric and moaned as it brushed against my clit. Arie would have a wet mess on those jeans, but I didn’t care. “God, Katarina. You fucking kill me.” I stiffened. Oh. My. God.

I shoved him off of me and scrambled toward the headboard. Off went the blindfold, and I sent it sailing across the room. The vampire from the bar crouched on the bed. Christ, I was kissing a stranger. And I was naked. Kissing a complete stranger while I was completely naked. I shot off the bed, grabbed a towel from the floor, and wrapped it around me. He looked almost as shocked as I did — almost, but not quite. His vivid green eyes widened infinitesimally before narrowing like a cat’s. He had brown wavy hair, but was way more rugged in appearance than Arie. I had to admit he was definitely hot. That made me even more aware of my current state of undress. He got off the bed, at least, but even with him standing about ten feet away heat spread across my body. It wasn’t nearly far enough. Hell, no. Not when my skin still prickled where his mouth had been. My clit throbbed, wanting the contact of denim, and my gaze dropped to his jeans. I was mortified. If I could’ve sunk into the bedroom floor or somehow disappeared right at that moment I would have. His eyes swept over me from head to foot, but when his eyes met mine, realization lit his. “You’re not Katarina,” he said. It wasn’t a question. “No, I’m not. But who the hell are you?” Clutching the towel around me, I knew my face must be the color of the silk blindfold I’d thrown, or worse. My embarrassment seemed to amuse the hell out of him. That only infuriated the hell out of me. He grinned. “I’m Toren.” T. He’s T. Katarina’s lover. Oh, hell.

New York Times and USA Today bestselling author A.C. James writes paranormal romance and erotica, including Eternal Ever After which was featured in the bestselling Spice Box anthology. She pounds out sexy scenes at her keyboard where romance is laced with horror in hot stories of  vampires and bad boy werewolves. Her stories feature strong heroines and alpha heroes, with plenty of action, twists, and turns that will keep you turning pages. A.C. resides in northeast Pennsylvania where she entertains her husband with her imaginative yarns and quirky sense of humor. She spends her time drinking large vats of coffee while taming two toddlers by day and writing by night. Recovering video game beta tester and tech geek who grew-up going to cons and watching SmackDown. There’s probably some cosplay pictures around somewhere of her dressed up as Bloodberry from Saber Marionette J. Just don’t tell anyone. 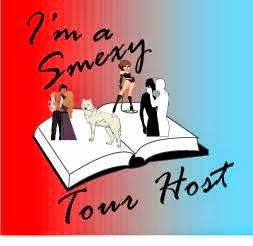 One thought on “HOT RELEASE DAY BLITZ ~ BEYOND EVER AFTER BY A.C. JAMES”