I’ve been living two lives for the past seven years.
One with Victor and the other with Damien.
Victor I’ve known all my life. When his parents died he even came to live with my family and I. I was so in love with him. It wasn’t until years into our relationship I started to see the faults in him. Then he went off to Iraq.
Damien was the bad boy biker at our high school. Even while I was with Victor, I couldn’t keep my eyes off of him. Then I got on the back of his bike and I thought I finally found my home. Then Victor came back wounded.
That was all five years ago and now those two lives and my two loves are starting to converge. I don’t know who I am anymore and I don’t know who I want to be with. Though these two guys won’t let me be single for long.
But one of them has gotten me into a lot of trouble with the mob. And now it’s up to the other one to save me. And before you roll your eyes, that statement isn’t what you think. You’ll be surprised who the bad guy really is.
I promise to find my happily ever after, even if it’s at the Wrath MC clubhouse in the arms of an alpha biker or in the high society world where I was born and in the arms of my ex-army man. 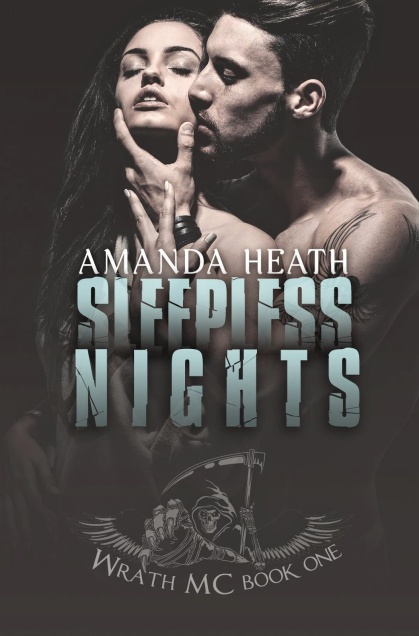 “I hate you!” I scream, my voice cracking and breaking apart in the otherwise quiet room.
“I know, baby,” he whispers, tears leaking out the sides of his eyes. It doesn’t stop me though. This time I attack him with my mouth. My lips smash into his and it’s a hurricane of hatred and bitterness. We do this to each other. We make each other this horrible thing and it’s been going on for so long. I can’t even face myself in the mirror each day because who I’ll see is not someone I would ever want to be.
Victor’s tongue pushes into my mouth and I bite it. He snarls and drops to his knees, taking me with him. We end up on the floor, his hand pulling my hair back, forcing my mouth to kiss him deeper.
His phones rings, “Attack” by Thirty Seconds to Mars plays, but he ignores it. For once in his life, Victor ignores a call from Talon. It urges me on as his hand slips into my pants, down into my underwear and right for my clit. I grind my hips against his hand, my mouth still attacking his.
I move my hands to rip his shirt over his head; angry when his lips leave mine for the second it takes. Then he’s back taking over my mind, my body and my fucking soul. This is where Victor and I get along the most. We are good at this together, I don’t know why. I want to beat him to hell must days but the second he touches me, I’m on him like a raging bull.
His hand leaves my sex and helps his other hand get my pants off. They get flung behind him, and my underwear goes next. His fingers come back, two entering me at once. He pumps them inside of me, fast and hard, just the way I like it. He stops kissing me to look down at me as he fucks me with his fingers. But I won’t surrender completely to him. He will no longer win every time. We will be equals in everything we do and if we aren’t, then there won’t be an us. Because I refuse to be put back into that place I was in earlier.
I refuse to hate myself. 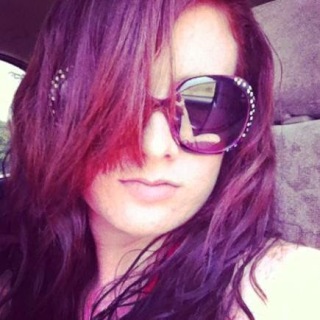 I live in southern Arkansas with my husband and young daughter. There is also an insane Boston Terrier running around. I’ve always been a lone wolf and find my friends in books. I started writing at a young age and I haven’t stopped since. Most days you can find me either glued to my laptop or my kindle. My first novel, This Beautiful Thing was an Amazon best seller for 11 weeks and a year later I’m still tickled to see people enjoy it. I may not be a huge seller but I have the best fans ever and I thank God everyday for every single one of them.