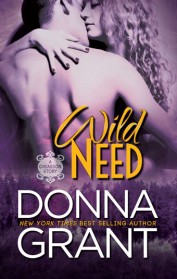 In this third thrilling story in the Chiasson series, New York Times bestselling author Donna Grant delivers a fiery tale about a man who embraces his heritage and a woman trying to escape evil.

Davena Arcineaux would like nothing more than to put her past of tragedy and magic behind her and stop running. Maybe even find a great guy to share her life with and start a family. But an evil Voodoo priestess who will stop at nothing to get her hands on Davena has tracked her to Lyons Point. And time has run out for Davena.

Brave, protective, Beau Chiasson was prepared to be live his life alone, but when fate puts the lovely Davena in his path, he realizes that there has been a part of him missing that only she can complete. Engaged in the biggest fight of his life, Beau must not only save the parish from evil, but also win Davena’s heart – if he can keep them both alive.

As always another marvelous read by the talented Donna Grant. Fast Paced & Action Packed. Sexy & Seductive. Those are just a few of the many wonderful ways to describe Wild Need. I love this series and all the characters in it. I was hooked from the beginning and stayed up late into the night because I just couldn’t put it down! I love reading stories set in Louisiana because there is so much history and magic there. The Chiasson Brothers are just too awesome! They are loving, compassionate and major bad asses! Swoon worthy for sure! They have all sworn to protect the bayous from all kinds of things that go bump in the night. For years the hope of having a family was almost lost. How could they even explain or hope for someone to understand the life they live. Not to mention being with any of the brothers could lead to certain death. It will take strong and persistent women with a backbone of steel to face what lies ahead with their men.

Beau has watched several of his brothers find their other halves. He longs for the same but he is afraid for the past repeating itself and losing her to the monsters they fight night after night. When he first laid eyes on Davena he fought the pull to be by her side but all that changes when he realizes that she is a target and running from an evil the likes they have never seen.  Davena just wants to have a normal life. A place to call home. She is tired of looking over her shoulder waiting for her past to catch up with her. Beau makes her want things she thought would never be possible. Maybe there could be a future together if she can only find the courage to take a stand and stop running. Tough decisions will be made and eye-opening secrets will be revealed but only if they can survive the wrath of a revengeful voodoo priestess. 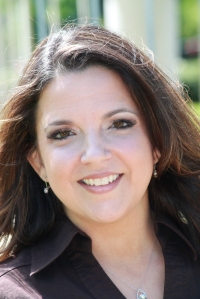 Her childhood dream was to become a professional ballet dancer and study under the amazing Mikhail Baryshnikov. Though she never got to meet Baryshnikov, she did make it to New York City and performed in the Macy’s Thanksgiving Day Parade. Later, Donna’s love of the romance genre and the constant stories running through her head prompted her to sit down and write her first book. Once that book was completed, there was no turning back.

Donna sold her first book in November 2005 while displaced from Hurricane Rita, a storm that destroyed portions of the Texas Gulf Coast. Since then, Donna has sold novels and novellas to both electronic and print publishers. Her books include several complete series such as Druids Glen, The Shields, Royal Chronicles, Sisters of Magic, Dark Sword, Dark Warriors, and her new series, Dark Kings.

Despite the deadlines and her voracious reading, Donna still manages to keep up with her two young children, four cats, three fish, and one long haired Chihuahua. She’s blessed with a proud, supportive husband who loves to read and travel as much as she does.

Enter to Win an E-Copy of Wild Need!!