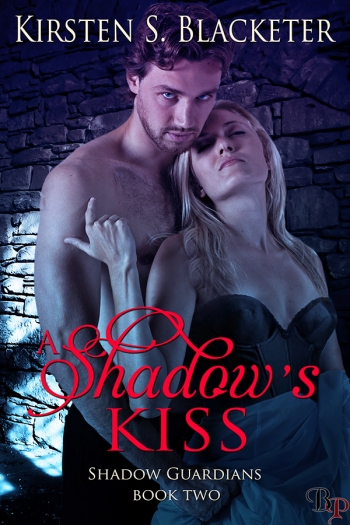 Madeline Campbell has been whisked away from her uncle’s barony to be reunited with her family in the Scottish Highlands. Her happy reunion quickly sours when she realizes her father intends to present as a bride to the winner of the Highland Tournament. With no one to turn to for comfort or guidance, Madeline chooses to do her duty to her clan as well as her father and marry the winner.

An English knight has no place on Scottish soil, but Alexander must complete the mission with which he was tasked. Find Madeline and ensure her safety. When he finds her, he must decide between his honorable duty and his love for Madeline.

No one can deny their attraction and their desire for one another, but when it sparks jealousy in the other clansmen, they have no alternative but to run. Secrets emerge from the shadows of the past and threaten to tear their happiness apart. How can one choose between their duty and their heart?

With a soft curse, Madeline picked up a bow and a single arrow. She glanced around and saw no one.

The wood slid against her skin, comforting and familiar. Nocking the arrow, she pulled the bow up and slowly drew it back. Her arms trembled at the pull of tension. Aiming at the target, she exhaled and released the arrow. With a solid thwack, her arrow sang true, striking just below the center of the target. Her heart raced as she picked up a second arrow. She aimed and sent it to join the first, but it hit too low again. Furrowing her brow, she reached for a third.

“Aim just above where you want to hit when shooting from this distance.” A deep, familiar voice rumbled behind her. Madeline spun around, the bow dropping to her side. Alexander stood with his arms crossed, his expression unreadable. “Here,” he said, stepping toward her. “Let me show you.”

Madeline stepped back as he approached. “I thought you left,” she stammered, her heart fluttering at the sight of him. His broad shoulders filled out the linen shirt, and his body wrapped in layers of plaid. She licked her lips. He appeared more dangerous now than he did when clad in chain mail and a coat of plates.

“Your brother, Angus, made a very convincing argument for why I should stay.”

Her mouth hung open. Before she could ask him what Angus said, he put his hands on her shoulders and turned her around. Facing the target, she took a breath to steady her hands.

“What are you doing?” she asked as he stepped up behind her. His heat melted into her back, she wanted to sway into him, lean her weight against his body. But she forced herself to stand straight. He tipped the bow up.

“Nock your arrow,” he said, as he guided her fingers to position it. “Aye, like that.”

His breath caressed the side of her face as he leaned beside her. His left hand covered hers on the bow, while the light caress of his right hand guided hers as she drew the string back. Her heart raced, thundering as a storm of desire raged inside of her. His scent of leather and horse mingled with the highland air. She forgot to breathe.

“Now aim just above where you want the arrow to strike,” he whispered. Her eyes drifted closed. “Release.”

She let the arrow fly. It struck the target dead center. He stepped away. A small groan of disappointment left her lips as the moment ended. She turned to face him, not caring about the damned target anymore.

Alexander watched her, his lips curved into a hint of a smile. “With some practice, you could become proficient with a bow.”

Madeline put the bow back with the others. “Why are you still here, Alexander?” She sighed. Her heart ached at the sweet torture of him standing so close. She had resigned herself to her fate. She would marry the winner of the tournament out of duty and respect for her family name. Taking a deep breath, she faced him again. “Have you nothing better to do than torture me with your presence?”

“You wish me to leave then?” His eyes betrayed nothing, but his voice held a hint of regret.

“Aye.” She turned away from him. Why must he do this to her? What pleasure did he get from seeing her torn with indecision and sadness? For two months, she prayed he would take notice of her shy glances, her flirtatious smiles. Now she was promised to another, he spoke to her. How cruel could fate be? “Leave.”

Stick her in the middle of a chaotic home with two children, a hyperactive dog, and a camouflage wearing husband, and she can cook and clean with the best of them. But when the sun goes down and the children are nestled in bed fast asleep, she tucks away her pots and broom and like Cinderella she transforms.

Her characters creep forth from the dark recesses of her mind taking their places in the castles and forests built from her words. No simpering heroines linger there with forlorn gazes turned to the horizon, waiting for their Prince Charming. They straighten their spine, arming themselves with blade and bow, prepared to do their part in defense of their honor and destiny. She breathes life into the women she believes our ancestors to be, showing how they lived and loved with passion and grace.

Never bored by the tales still left to tell, she battles the ever sarcastic muse in her quest for romance.

One thought on “30 Days of Summer Tour & Giveaway ~ A Shadow’s Kiss by Kirsten S. Blacketer”