I’ve just buried my husband. I was going to divorce him and now he’s dead.

After five years as a military wife, Sienna is moving on. She’s keen to leave behind the misery of her marriage to Rob but for some reason the past won’t let her go. It doesn’t help that her closest friend, Nick, is also a soldier. Unfortunately Sienna is struggling to deny her attraction to the sexy marine, even knowing there can be no future in it. When the injured soldier admits he wants her just as badly, and has always wanted her, the fight to control her feelings becomes harder.

And now she’s learning things about her late husband that surprise even her. When the secrets of Rob’s life come to light, Sienna finds herself involved with some very nasty people and Nick is determined to protect her, no matter what.

As the danger grows to both her heart and her life, Sienna needs to decide if it was the army that was the problem or her late husband. Is Nick worth the heartache of being a military spouse again? And will he be able to protect her from the ring of drug dealers slowly closing in?

Drawing in a breath, I open the door. Hopefully Nick’s all settled and I won’t even have to—

He’s sitting on my bed.

Damn the man. He studies me, slow and languorously, and I flex my fingers, longing to splay my hands across myself. My simple PJs now feel sexy and I’m definitely showing off too much skin.

Nick nods slowly, his eyes saying everything is more than okay. My skin heats and I hope he can’t see the redness that’s no doubt in my cheeks and on my chest.

“Yeah,” he says finally, gaze lingering on my bare legs. “I just wanted to make sure you were okay.”

Though I don’t sound fine. Having your heart going the same rate as a freight train or your blood boiling beneath your skin probably isn’t fine. But that wasn’t what he meant.

“It’s been a crazy day and I am a little shaken but I’m okay, I swear. I just need a little rest and I need to get this place back to normal and then I’ll be great.”

Nick takes a moment to study me once more and stands. “All right. Just checkin’.”

“Oh.” I go to my closet. “Here’s some blankets.” I draw out two old ones that I usually use if the temperature drops and pass them over.

“Thanks.” He takes them from me.

“Do you need something to sleep in?” I bend down and rummage through the bottom drawer. “I might have some old T-shirts.” I find one and come up to standing.

His eyes are wary and he looks tense, slightly like he’s going to explode at any moment.

Baffled, I thrust out the T-shirt. “It’s one of Rob’s. I don’t know why I still have them really. Or would it be weird wearing his stuff?” He doesn’t respond so I hesitate before turning around and chucking the T-shirt back in the drawer. That was a stupid idea. “Sorry, guess it would be.”

With a wry laugh, he nods. “Yeah, I don’t want to be wearing his stuff, but I got to tell you, babe, I’m more worried about your night clothes.”

“If you’re sleeping like that,” he motions with one hand down me, “then it’s going to make me sleeping there,” now he points to the couch, “a real trial. ‘Cause when you bend over in those shorts, all I want to do is take you to bed and peel them from you.”

Another amazing novel! I liked that the author took this novel and it went from both main characters mind-frame. Many authors can not pull it off but this one definitely did. If everything you thought you knew about your husband was a lie how would you feel?  Sienna is a strong women for the things that she has had to go through for most of her marriage, being a military wife is hard but having a husband that emotionally abuses and physically starts abusing you leads to a whole new level. She knew that her marriage had been falling apart and Nick (husband friend) there to help when her husband was gone, but when an accident kills her husband and she starts being threatened she finds out there may be more to her husband than what she knew.

Nick has been by Sienna’s side since the first time he met her. He knew Rob was not himself and still was faithful as a friend to Rob, yet when he gets hurt in the line of duty and has to stay behind he takes care of Sienna while Rob is away. While they start to learn about each other they still maintain a friendship boundary! What will he do fix Rob’s mistake when they find out the length of trouble he caused prior to dying? And how will he get her to realize that not all situations or relationships are the same?

The story was an easy read that to me was enjoyable and I loved that it did have romance but also included action. And the author has created that passion tension between Sienna and Nick, that I love when reading a book because its not just cut and dry. While they fight for what they believe is right and their feelings for each other, they also learn things about each other that they never said to anyone. I have fallen in love with this author and her writing style no matter if its historical romance or contemporary romance she doesn’t fail in her writing. 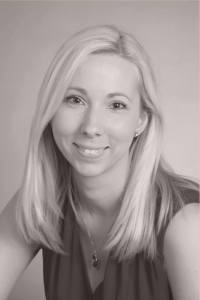 Samantha lives in a small village in England with her gorgeous twin girls and husband who is a trained bodyguard and ex-soldier (Yes, seriously!). She traditionally writes historical romances involving chivalrous knights and hot highlanders, but occasionally dabbles in contemporary romance. When she reluctantly leaves her computer, she enjoys exploring old ruins and indulging an early midlife crisis. Adrenaline filled suggestions for the bucket list are always welcome!

Prizes
1 Paperback copy of Not Another Soldier
3 x $2.99 ebook of readers choice

Once Upon a Darker Time

Defying the odds, Deston Lespérance defeated Grossard, the Solitary Faerie who kidnapped his mother and father, and delivered the Light Crystal back to Tir na-nÓg in time to secure the Fae’s reign of the high realm. Now at long last, his dream of having a whole family has come to pass. Unfortunately, “happily ever after” doesn’t last forever, for Grossard lives and is more resolved than ever to get his revenge on the Fae—this time teaming up with Mordred to unleash the darkness which has lain dormant since the earth’s creation.

Deston, though still struggling with his newly found powers, sets off with Margaux on another epic adventure to locate and destroy the Shard of Erebus before Grossard and Mordred can find it. He is fully aware the stakes are high, but he has no idea the scope of sacrifices he’ll be required to make. As his world crumbles around him and his friends fall, he holds onto the only glimmer of hope he has left … that the Fae power and strength truly does reside within him and that he still has a chance to become the hero they claim him to be.