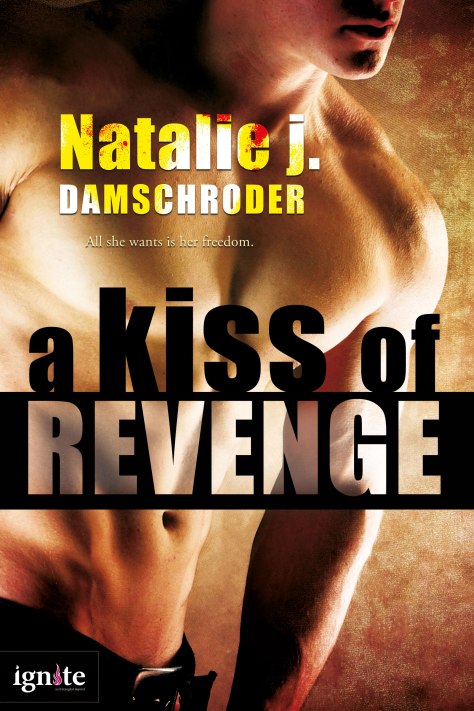 Marriage is completely over-rated, especially after Reese Templeton’s quadratic failure. She’d rather settle down to a solitary life of owning a bakery—after she tracks down the man responsible for her husband’s death and making her a human Taser full of enough electricity to short out a city block or send a man into cardiac arrest with just one kiss.

But alluring P.I. Griffin Chase is stirring up those feelings of need again. Only this time, her desire to be in his arms has nothing to do with her fear of loneliness and everything to do with the current charging through her body every time he looks at her…touches her.

Griffin hasn’t remained at Reese’s side just because of the spark that has nothing to do with her super-human talents. He’s willing to compromise his rock-solid principles so she can find closure. But before they can move on, he must help her catch her late husband’s killer, staying on track before she has a chance to exact her revenge. Because leading Reese to jail in handcuffs may just break his heart for the final time.

Reese has been having nothing but bad luck, where her family members are concerned. From the death of her mother and father and then now husbands later (yes I said husbands as in more than one), can her life get any worse!! Straight from the beginning my heart went to Reese and everything she has gone through, everyone has a breaking point and in my opinion she has definitely reached it if I was in her shoe. You could almost say that she is definitely followed by nothing but bad luck!

When she meets Griffin (who is the Private investigator she hires) and they automatically feel an attraction she tries everything she can to stay away from affections because of her past.

This book has definitely lots of mystery with action and suspense all rolled into one. On top of that the author even managed to add some romance and a twist in the mix. I would have to say this was a great read and the characters that she created each brought their own stories to make this one a better one. Just remember when you read this there are parts of it that you will have to remember the world the author created for Reese.

A Kiss of Revenge was an easy read and I did enjoy most of the book especially with the twist and surprises that the author threw us.

I received an ARC in exchange for an honest review!

One thought on “REVIEW ~ A KISS OF REVENGE BY NATALIE J. DAMSCHRODER”