IT’S ALL ABOUT THE UNIFROMS BABY!!!

To prove her love and save her man, she has to go above and beyond the call of duty   SEAL Francis McKade never acted on his feelings for his best friend’s sister. All that changes at a wedding in Hawaii, but the next morning, he’s called for a mission-one that leaves his world in shambles.   Months later, Kade shows up in her bar a changed man. When he pushes her to her limits in the bedroom, Shannon refuses to back down. One way or another, he’ll learn there’s no walking away from love—not while she still has breath in her body.

Two Navy SEALs jeopardize their lives and hearts in a battle-torn land when they vie for the love of one sexy Night Stalker helicopter pilot   SEAL Reed Tucker doesn’t believe in commitment, until he tangles the sheets with one hot pilot, Delaney O’Connell. His phobia against commitment is challenged when his best friend asks Delaney to marry him.   As a helicopter pilot for the 160th Night Stalkers, Delaney knows the risks of loving a SEAL. When her lover’s friend loses an arm in battle, she can’t refuse his marriage proposal when he’s already lost so much. In love with one man, pledged to marry another, she’s torn.   Tuck and Delaney must come to grips with the happiness they owe themselves and the happiness of their friend who has lost so much.

SEAL the Deal by Sharon Hamilton

A SEAL’s nightmare of a promise given at his sister’s deathbed gives him the woman of his dreams   Special Operator Nick Dunn gets the call he has been dreading since before his last deployment. His sister is in her final stages of cancer. He drives up to Sonoma County from Coronado to help her shut down her failing nursery business and tie up her final affairs. He must work with his sister’s best friend he only vaguely remembers from his past. But boy has she grown up. Devon Brandeburg has created a small financial fortune through her success in real estate. Her career is her main focus, but a closely guarded secret is her total lack of experience with men. After all, who needs them? Especially when their testosterone-stuffed egos suck all the air out of the room, like Nick’s does. Nick’s sister requires two things of the both of them as her dying wish. What starts as a deathbed promise turns out to be a hot affair neither one expected. Nick becomes Devon’s teacher in her journey to womanhood. As she comes alive in his arms, the student brings the teacher something he’s never allowed himself to want, and now knows he needs.

A pampered travel agent escapes through the jungle with an undercover DEA agent when a drug lord mistakes her for a rival’s daughter   After surviving a week of anti-terrorist training in a Central American jungle, Maya Cordoba is ready to kick off the mud from her designer boots after she hijacks her sexy driving instructor. Instead, she finds herself staring down the barrel of an AK-47and being kidnapped! Mistaken for a rival drug lord’s daughter she knows if they learn she’s not who they think she is—she’s dead.   Rescue comes from ex-marine and undercover DEA agent, Angel Rickman. He promises to get her out as long as she does everything he tells her to. Together, they make a mad dash through the jungle with the drug cartel’s army on their tails.

Her Forever Hero by JM Madden

When the boss’s pregnant, unwed daughter needs rescuing, disabled Marine Grafton Parks proves he’s still a hero   Kendall Herrington is drawn to her handsome new security guard, prosthetic hand and all. The man is totally wrong for her, but on a lonely Christmas night, she gives in to her body’s demands, regret setting in on the morning after.   Former EOD Marine Grafton Parks knows Kendall is resisting admitting she’s pregnant and that the board won’t allow an unwed, pregnant female to run the multi-billion dollar Herrington Corporation. Even if she is the boss’s daughter.   As they struggle to come to terms with each other, an unexpected danger threatens their lives. Will they survive long enough for him to be…Her Forever Hero?

A weekend liberty leads to unexpected passion between a Marine and his best friend’s sister, but he must survive seven months in Afghanistan to get back to her   Marine Gunnery Sergeant John “Crash” O’Malley has two goals. Enjoy his liberty in New York City, and survive his deployment to Afghanistan. What he didn’t plan on is Trish. A guy can’t have a one-night stand with his best friend’s sister and then abandon her at midnight when his liberty ends, but starting a new relationship days before shipping out would be crazy.   Crash doesn’t realize his friend’s displeasure over him breaking the ‘no sisters rule’ is nothing compared to what the insurgents have in store for them in the Helmand Province. Now, Crash’s new objective is to get home alive and make Trish his. 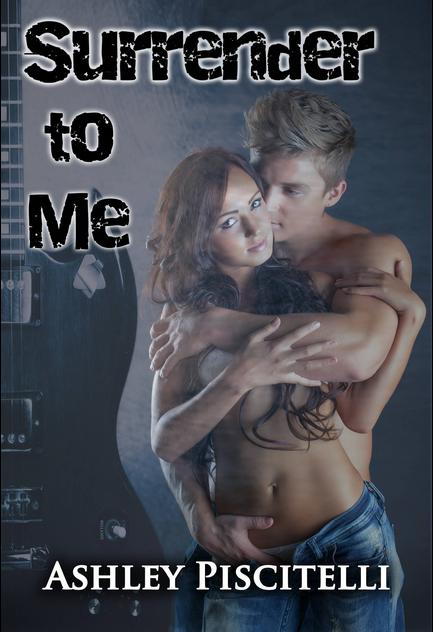 Rebecca Chase has never been interested in dating, and definitely not in relationships. She only had two goals in life, to get her college degree and to get the hell away from her house. When she meets Lucas everything that she thought she had wanted was now turned upside down.   Lucas Masterson has it all money, fame, and his dream job of being in the music industry. He knows that most people are just out for themselves and will use him as much as they can. When he meets Becca he realizes that he never really knew what he wanted. He thinks that she is the most amazing person he has ever met, but can he balance her and his crazy life?    Can two people who come from completely different worlds make it work or will the people trying to tear them apart succeed?   Get ready to get lost in this crazy romantic adventure and surrender yourself to Lucas and Becca.

When Luke reached one of the doors and opened it he looked behind him as if he expected me to be there. He looked down towards me, and seemed confused. “You coming Becca?” I wanted to tell him no because he was acting like an ass. “Please?”

I guess I could at least go talk to him and see what the hell he was so upset about. I walked toward him feeling his eyes on me the entire time, he made me so nervous. When I reached him he grabbed my hand and pulled me into the studio. Before the door could even close all of the way he was on me. He pushed me back against the wall his hands immediately finding my hips, which seemed to be his favorite spot.

His mouth crushed mine almost feeling like he was going to devour me whole. His kiss had this urgency and need to it that set my veins on fire. We had passion before when we kissed but it was nothing like this. This was animalistic, unapologetic, and completely overwhelming. I ran my hands up his chest gripping his t-shirt because I need something to hold onto, I felt like my knees would buckle and I would melt into him at any time. I moved my hands around his neck and laced them through his hair, giving him a little tug as I did it.

Luke let out this throaty moan that in the heat of the moment sounded like a growl. He lifted me off the ground by my hips and I instinctively wrapped my legs around his waist. I could feel how much he wanted me and I knew that if he initiated it now, public place or not, it would happen. Was this what I really wanted though? Did I want my first time to be in a recording studio while I braced up against a wall? The part of my mind that Jen told me I didn’t listen to enough was screaming ‘YES!’ There was the other part of me though that knew I would regret it, and possibly even resent him for it.

My name is Ashley Piscitelli. I live in Philadelphia, Pennsylvania with my husband, two kids, and two dogs. On top of starting a writing career, I am a full-time student and a full-time mom. I love spending time with my kids, although I have to hide away with the computer from them when I am writing! I love being active and being outdoors. I have always been passionate about writing. I wrote this book in about three months. I love reading romance books! I feel like being able to lose yourself in a book is one of the more exciting aspects. The books I love to read and write will be ones that make you feel for the characters. You should have an opinion on every character in a book whether you love them, hate them, or think they are up to something. I have always thought that the most important critic is your reader, so I would love to hear from you. If you read the book and loved it or hated it, tell me. As long as it is in a constructive way, I will always answer and interact with you. I want my fans to be open & talk to me what they want for the characters in the story, and what they would  like to see happen. I hope you all enjoyed reading it as much as I enjoyed writing it!

You can also email me your thoughts or questions at:   ashleypiscitelliauthor@gmail.com