Withstanding Me (Breakneck) by Crystal Spears

While the chaos and bloodshed have slowed for a short period, life is never quiet in the world of Breakneck. The club is taking time to regroup from internal betrayal and the changing of the guard in a rival group.
Zig Zag became a father at the age of thirteen. While raising a child has never been easy, now his eighteen year old daughter Tatiana makes his life downright hard. She has caught the eye of Travis, the new President of the rival MC Gunners, but all she really wants is Shadow, the newest addition to the Breakneck family. When Shadow’s rejection sends Tatiana running from the only family, home, and safety she’s ever known, ZZ is crazy with worry. The distraction caused by Tatiana’s disappearance could prove to be Zig Zag’s downfall.
If that isn’t enough, ZZ finds himself rampantly attracted to the one and only Storm. She’s beautiful, quick and witty. Their friendship is the one thing that keeps him from growing crazy, and Storm stands by ZZ through all the turmoil. Zig Zag is not accustomed to hearing the word no, so Storm’s constant withstanding just draws him in deeper. Their friendship is one thing keeping him from going crazy, until one night…
The club is regrouping and rebuilding from the mayhem known as the Russian Mafia. A hit is ordered on Tatiana, Storm, Winter, and Piper.
Tatiana’s egg donor reveals secrets that a thirteen year old Zig Zag was too young to understand.
Braxxon is out of reach while he helps Greg Cage deal with some dirty business.
Bloodshed… Secrets… Betrayal… Trauma… Welcome back to the Breakneck world. 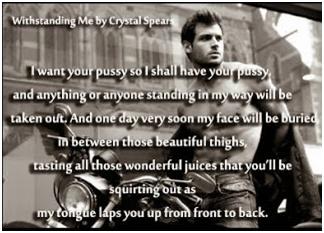 It’s been two fuckin weeks since Mira stopped by the damn clubhouse wanting to talk to my daughter. What gives her the fucking right? She left me to raise a child at the age of thirteen, and eighteen years later, she thinks she can magically return into Tatiana’s life? Yeah, that’s right; I’m a thirty-one year old man with an eighteen-year-old daughter. Judge me bitches. I don’t give a shit. I admit I’m sitting at Club Sated and getting wasted off my ass over this shit. Why am I here, and not at Breakneck? Well, there’s plenty of naked pussy around, and when any man is upset and feeling down, he wants to be around pussy. Don’t let any of them lie to you. But there’s this one bitch here that I want and for the first time in my life, a bitch doesn’t want me back. I don’t see what the big deal is. I just wanna take her home and fuck the shit outta her. Hell, we don’t even have to leave the club. I can fuck her right here. I’m sure Winter and Braxxon wouldn’t give a shit, but then again, they just might because the bitch my cock is aching for is their manager Storm. And shit do I wanna ride that Storm.
Storm is just another piece of ass, but for some reason, something about this woman fascinates me. She’s a fucking young buck too. She’s Winter’s age, only twenty two. That’s literally only four years older than my own daughter is. You would think that alone would detour my cock, but it doesn’t.

Buy Seize Me (Breakneck #1) at Amazon

Buy Withstanding Me (Breakneck #2) at Amazon

Add to your TBR on Goodreads

I will have to admit I did not read the first one of the series but started with Withstanding Me. However, now that I have read this I will be sure to go back and read the other in the series. This story follows ZZ and Storm, but also lets you follow the story of the first book in the series about Winter and Braxxon. The book is about Storm who has loved ZZ since the first time she met him and he saved her from a problem in her life. Lets just say that Storm has been through a lot to make her the person she still has that hope of love, which is amazing. They are so different and while she believes in love he does not think that he can love anyone, but that is to be seen. A good book should not always have a perfect life because lets face it if you did the book would be boring. Crystal Spears has taken this to heart and has added some tragedy that they have to try to overcome. Will they overcome or will it be too much for them to bear? I have read the story and there are some twists in there that you will want to find out.

The author has also opened up for another book by bringing in other characters and to me the flow was perfect because it was not just a dead stop but as I said flowed continuously. There were no spots that I felt were a bit uneven or broken, she gave enough descriptions to actually make you understand what your reading even if you haven’t read Seize me. I have read Talania from the author and both this book and the other one she has shown how much talent she has when writing.

So who doesn’t love a hot looking man on the covers of books! I will definitely be checking in on this author to see what else she has up her sleeve to publish in the future!

Crystal resides in Indiana with her family, her dog Dozer and two fancy rats. She enjoys the outdoors and in the summer you will rarely catch her at home. Her other passions aside from writing are singing, dancing and photography. She is a retired blogger and professional book reviewer.
She began writing at an early age, short stories and poems for school. It wasn’t until she was around nineteen did she venture more into the writing world. While writing Talania she discovered the depth she could achieve if she just kept on going. So… she did and now she is developing the beautiful story Underneath the Willow Tree. 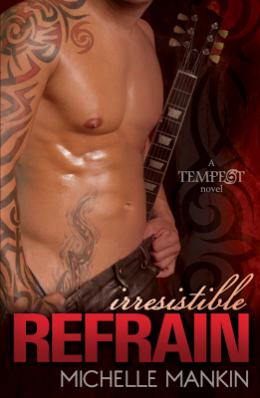 Two years ago everything changed for the remaining members of the Seattle rock band Tempest.
Two years is a long time.
Too long to keep on remembering.
Not nearly long enough to forget.
In trouble with nowhere else to go songstress Lace Lowell seeks refuge with the band during their stop in New York City. It’s a risky move for her because they are both there, two impossibly good looking men whose lives are inseparably entwined with hers. One who bruised her heart and one who smashed it into pieces.
Warren “War” Jinkins, the mercurial lead singer of Tempest, has always had a thing for Lace. But then again so does his best friend and band mate.
Bryan “Bullet” Jackson, the sinfully handsome tat-sleeved lead guitarist, has a bad boy reputation befitting his nickname. For the past two years Bullet’s had a rule with the groupies: one time, never twice, leave ‘em satisfied, but always leave ‘em.
Two guys, one woman, and a host of dark secrets all together within the tight confines of a tour bus as the group travels cross country.
Can the past be forgotten and buried?
Will friendships prevail?
Or will the three of them succumb to seductive impulses too addictive to resist?

** Irresistible Refrain is a gritty rock and roll tale intended for mature readers seventeen and up. Contains sexual situations, strong language, and drug use. **

END_OF_DOCUMENT_TOKEN_TO_BE_REPLACED

Stacey Kennedy is an urban fantasy lover at heart, but she also enjoys losing herself in dark and sensual worlds. She lives in southwestern Ontario with her husband, who gave her a happily-ever-after. Together, they have two small children who can always make her smile, and who will never be allowed to read Mommy’s books. If she’s not plugging away at a new story, you’ll find her camping, curling up with the latest flick, or obsessing over Sons of Anarchy and Game of Thrones.

CHECK OUT THE FIRST BOOK IN THE CLUB SIN SERIES: